You are using an outdated browser. Please upgrade your browser to improve your experience.

Gamber-Johnson is an award-winning manufacturer of mobile mounting solutions trusted to be rugged, reliable, and responsive! Our products are used by public safety, enterprise, military, and warehouse fleets worldwide, fulfilling our promise to “support technology to help save the world!” 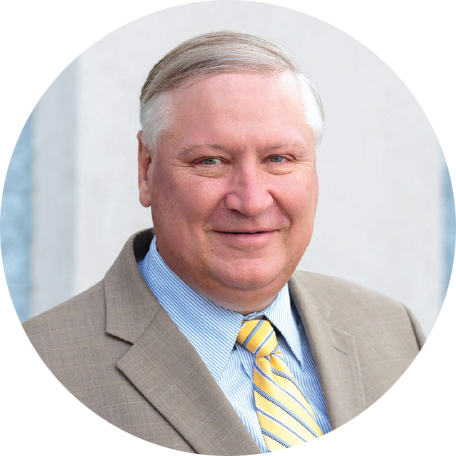 A MESSAGE FROM OUR CEO 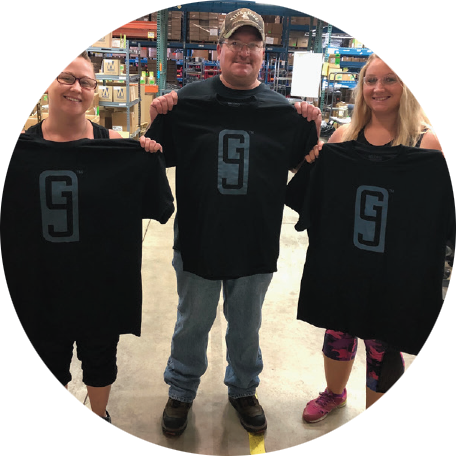 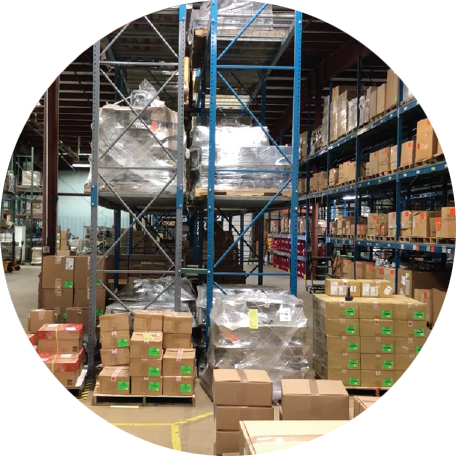 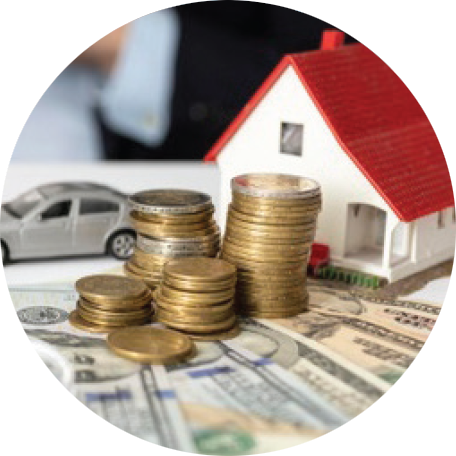 From humble beginnings as a local wooden furniture manufacturer in Stevens Point, Wisconsin, Gamber-Johnson has developed into the global go-to partner for equipment mounting products — fulfilling the company’s cause of "supporting technology to help save the world."

This evolution from producing furniture in 1954 to becoming a 21st-century world leader in mounting equipment for electronics was a natural progression, fostered by a company culture of innovation and continuous improvement. As it expanded, Gamber-Johnson began producing fleet vehicle mounts for radios and computers, then providing solutions for material handling and point-of-sale, including mounts for security cameras and more.

Today, Gamber-Johnson is still proudly “made in Wisconsin” and manufactures mounting components and systems for laptop and tablet computers, radios, light and siren controls, surveillance cameras, point-of-use kiosks, printers, keyboards and other devices — all meticulously designed to be rugged, reliable, and responsive.

Partnering with major technology manufacturers such as Dell, Getac, Panasonic, Samsung, and Zebra is key to this success. Gamber-Johnson is a trusted name in the industry; long known as the go-to partner for major rugged computer OEMs. With more than 20 patents and counting, the company continues to evolve, creating numerous jobs and meaningful opportunities for community stewardship.

As a pioneer in design innovation — receiving numerous awards and accolades as an industry leader — Gamber-Johnson has been the preferred choice of fleet managers for decades. Gamber-Johnson is a worldwide corporation with subsidiaries around the globe, including Precision Mounting Technologies (PMT) in Calgary. Currently, the company exports to more than 40 countries, with installations in thousands of fleets worldwide. Heroes in police, fire and emergency medical services rely on Gamber products every day in order to better protect and serve.

For these significant contributions to vital industries on a global scale, Gamber-Johnson has received numerous accolades. These include the President’s “E” and “E” Star Awards, recognizing outstanding contributions and growth to U.S. exports; Wisconsin Governor’s Export Achievement Award, which honors the company’s work in furthering Wisconsin’s global economy; and the Cygnus Innovation Award, acknowledging that the company is at the cutting edge of emerging technologies. Gamber-Johnson has been nominated as Wisconsin Manufacturer of the Year eight times, winning a special award for Outstanding Customer Relations in 2019. Gamber-Johnson has also received the J.P. Leggett Innovator Award from Leggett & Platt, in addition to being named a “Workplace of Distinction” by Corporate Report Wisconsin.

Gamber-Johnson’s dedication to producing products that are rugged, reliable, and responsive is unparalleled. The Gamber-Johnson name has become synonymous with high quality, rugged products that can withstand even the most extreme situations. These products are guaranteed and reliable, hand tested for perfect performance every single time. With a strong focus on customer service, the Gamber-Johnson brand is responsive: offering custom-designed solutions, lightning-fast production and shipping, and working directly with technology partners to ensure the optimum fit, every time.

From the company’s local origins to its modern-day global impact, Gamber-Johnson has continued pursuing its mission — supporting our heroes and saving the world through a laser-like focus on innovation.

Connect with us on Social

Message from the CEO

Here at Gamber-Johnson, we take great pride in being a "Great Place to Work®". Our mission statement is "Joyful Growth" where all of our stakeholders, especially our team members, participate in our growth and success. Gamber has more than doubled its sales and number of employees in the last five years with no end in sight! This growth enables us to offer great benefits and amenities for our team members. Our new facility has been completely remodeled to offer a unique office workspace which fosters collaboration and teamwork. Features of our new spaces will provide improved health and wellness benefits as well as more opportunities to have fun! We believe in self-directed work. Our team members are integral to all of our processes and decision-making is pushed to the level where the actual work is being done. Everyone contributes to our award-winning success!

Our purpose and reason for being

Gamber‐Johnson's mission statement is purposely simplistic, yet discretely sophisticated at the same time. These two words, Joyful Growth, reflect what our company sets out to achieve every day. There are four areas of our business that our mission statement is particularly meaningful for:

Our Cause: "Supporting technology to help save the world." 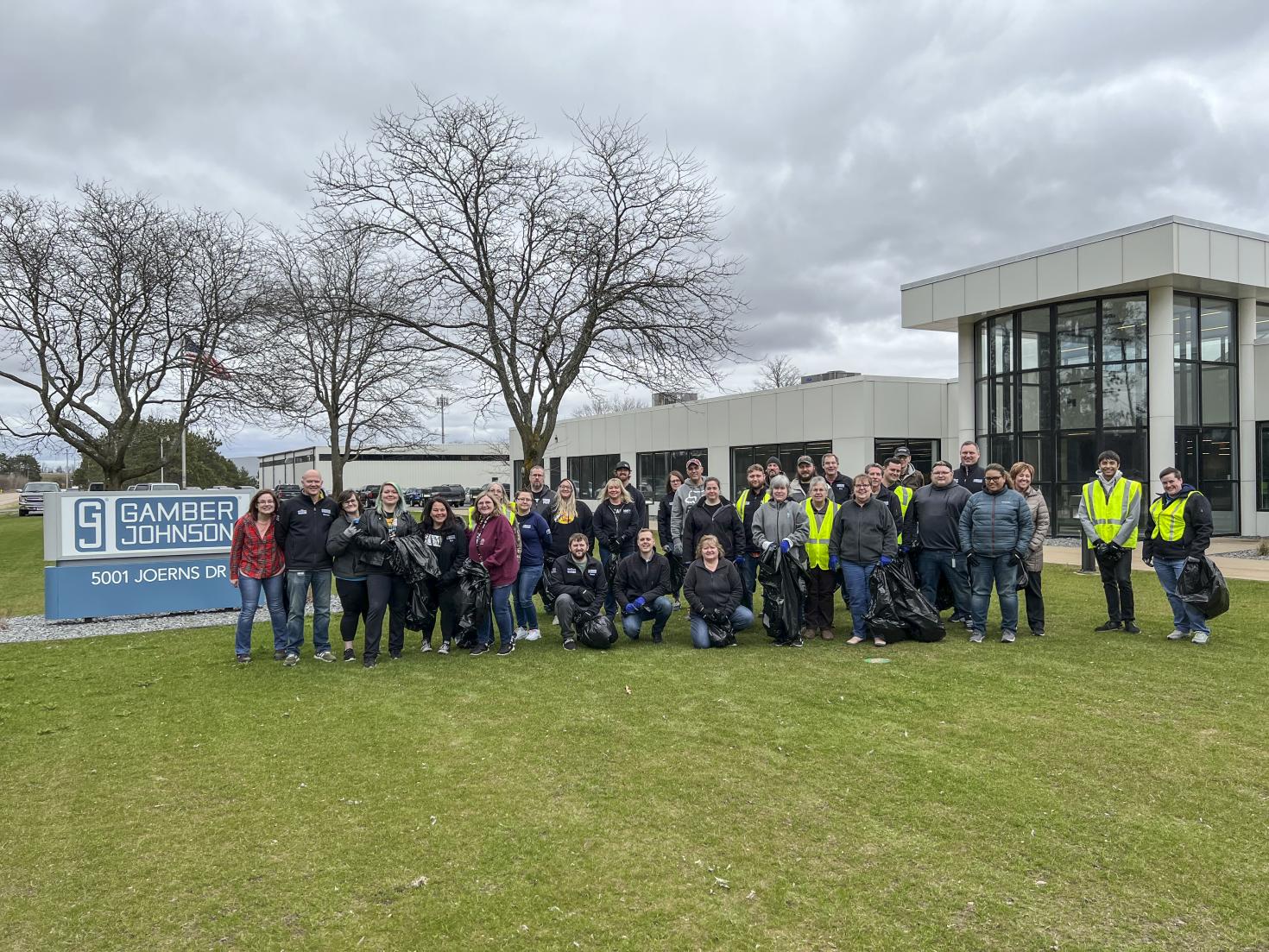 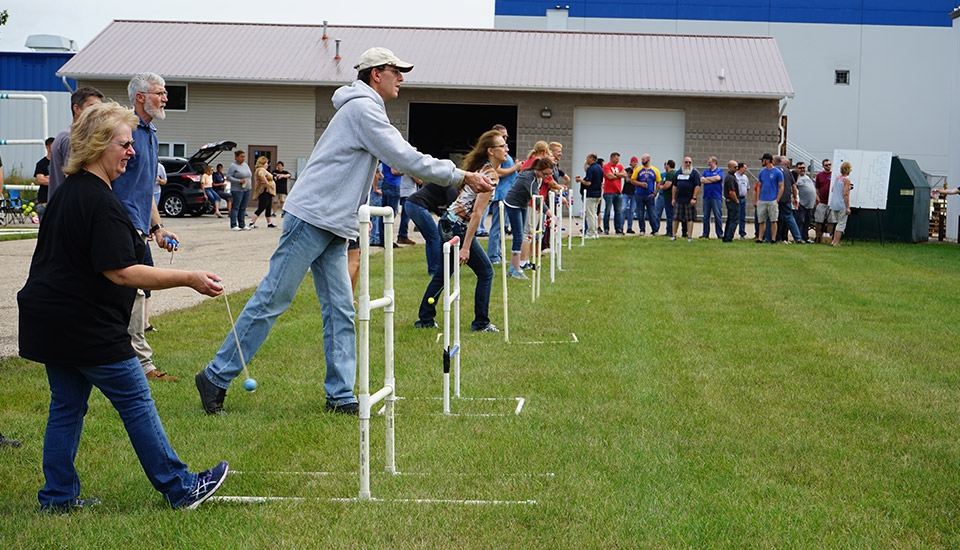 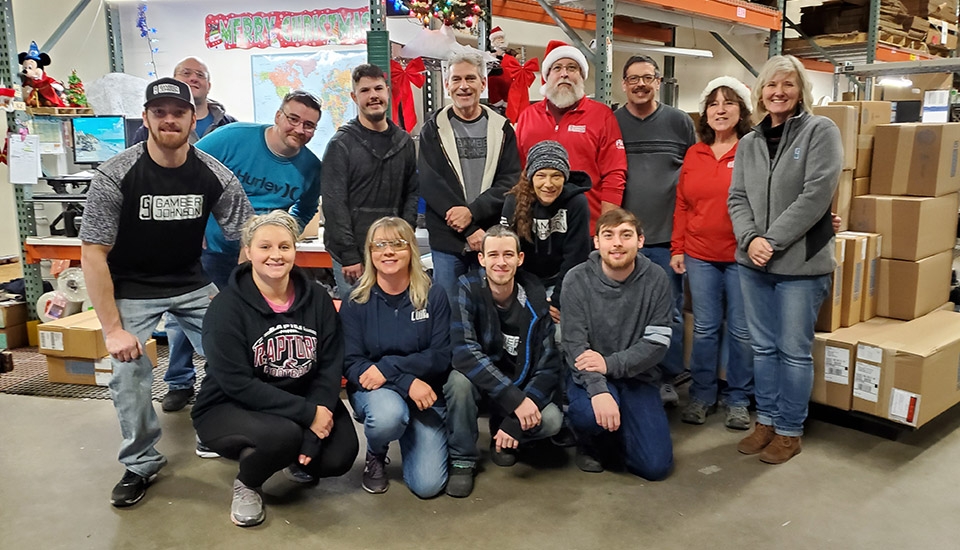 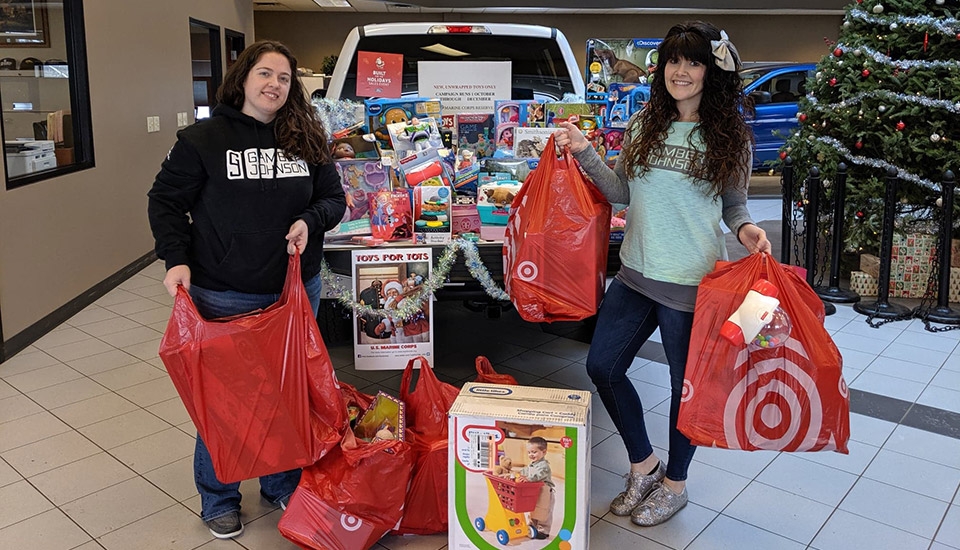 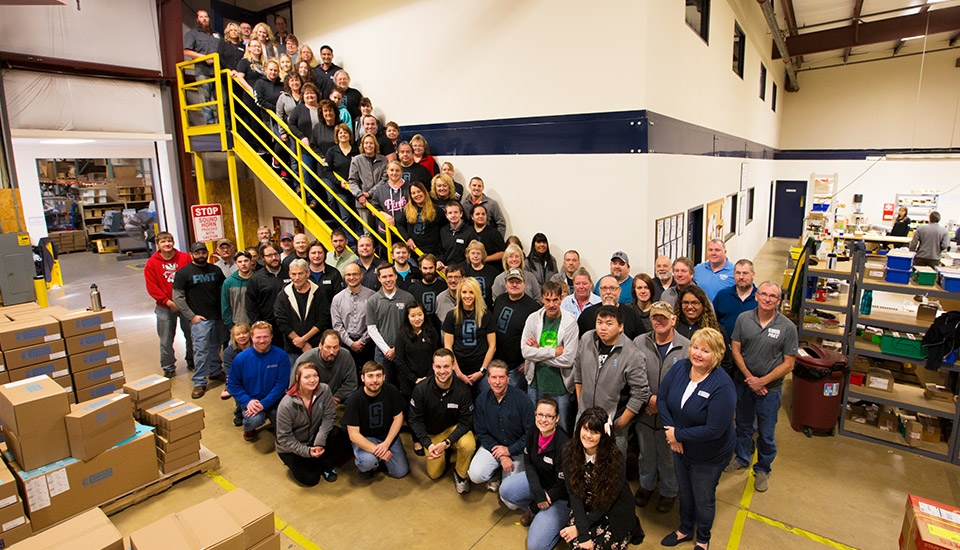 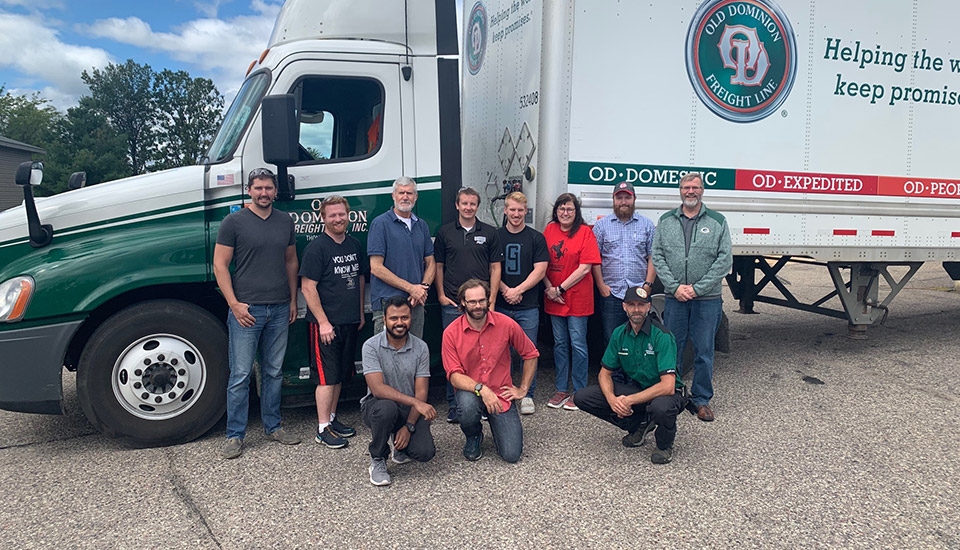 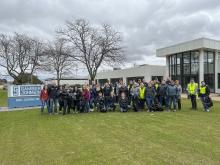 Our team members understand that the company’s success is directly tied to the well-being of the communities in which they operate and serve. We may be situated in the heart of rural Wisconsin, but our social responsibility and community outreach not only extend far beyond the town, but also beyond the state. As we have grown over the years, so has our ability to support the causes and organizations that are near and dear to the hearts of team members, their families, product resellers, and end users. Community support and stewardship activities have presented many benefits including team building and talent attraction, higher employee morale and improved collaboration, relationship building, and much more.

In 2020 Gamber-Johnson made charitable contributions totaling nearly $130,000 to 20 different Charities. Below is a list of just some of the charities and organizations that received donations from Gamber-Johnson in 2020.

Gamber-Johnson is also proud to support our team members by matching employee charitable contributions of $25 or more to a maximum of $500 per employee, per calendar year. Through this program we proudly support the charitable organizations most near and dear to our team member’s hearts. 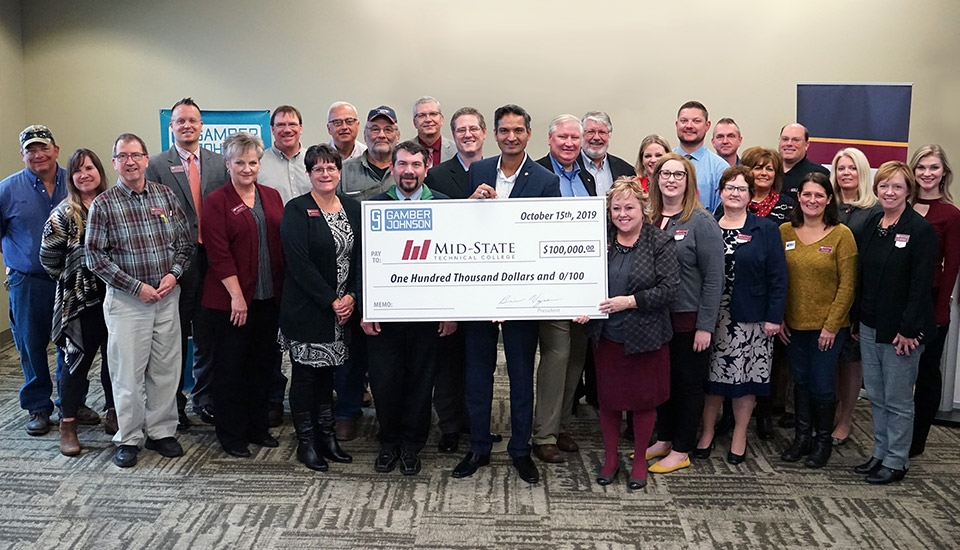 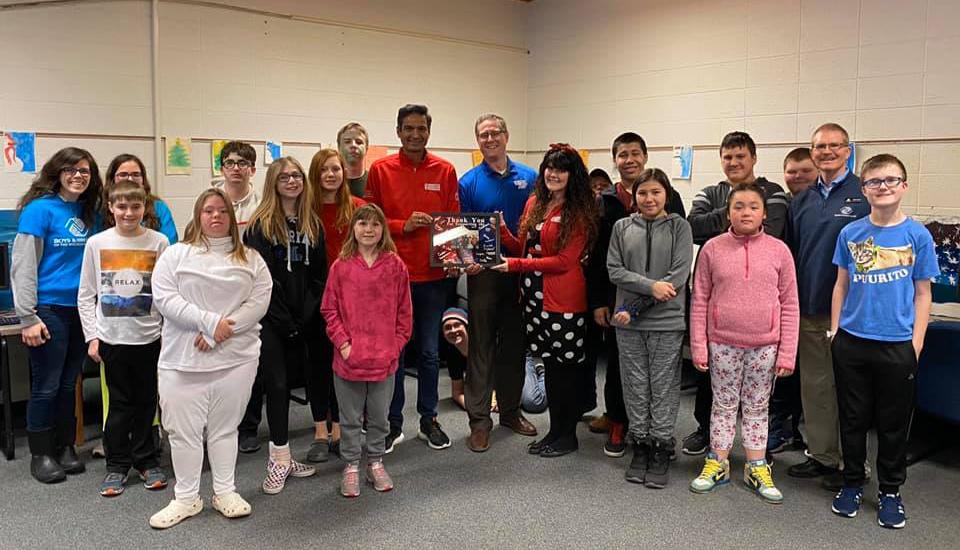